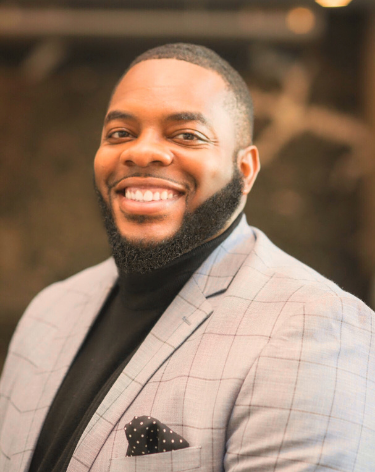 ​Robert T. Stephens is a lobbyist with a strong sense of justice, equity, integrity, and adventure from Raeford, NC. For the past twelve years, Robert has worked in politics and education and traveled around the globe being jailed, leading marches, protests, and shining a light on the injustices that occur by police and America’s legal system. He fervently believes when something is wrong, you do something about it. You don't sit on the sidelines waiting for someone else to do something. He also believes this is our moment to truly create change and reimagine what policing looks like in America.

Robert traces his activism back to his parents and to his time spent in the classroom teaching. He has had a lifelong passion for policy and education. As a first-generation college graduate, he bore witness to education’s ability to lift one out of poverty. During his senior year of college at Winston-Salem State University, a mentoring opportunity at a local elementary school introduced him to a precocious kindergarten student named Oscar, who changed his life. Following that experience, Robert applied and was the first person chosen for Teach for America from his university. As a teacher, Robert understood all too clearly that poverty impacted his kids’ ability to learn almost as much as the quality of teachers in the classroom. After successfully helping his students obtain multiple years of growth in mathematics, Robert left the classroom to pursue a Master of Public Policy degree from George Mason University and diversify his skill set to effectuate change systemically.

Soon after, Robert was able to elevate his skills to build strong relationships and motivate others as the Manager of Community Partnerships and Director of Alumni Teacher Leadership for Teach for America. This journey allowed him to lead weeklong retreats on diversity, equity, and inclusion, build over 100 community partnerships, and design and host a Deferred Access for Childhood Arrivals (DACA) clinic. This helped over 200 DACA recipients to process their paperwork, build pipelines to educational and political leadership positions for over 2000 education professionals in Dallas, Texas and Eastern North Carolina.

The adventure didn't stop there, and Robert's visionary perspective and uncompromising belief in justice led him to run for an at-large seat on Durham City Council in Durham, NC. Although his office campaign was unsuccessful, many of his ideas were implemented and have changed the lives of Durham residents for the better.

After the election, Robert moved to Washington, DC, where he took on some of his biggest adventures in the political and activist realms. Most notably, his time working on the legislative team for the incomparable Congressman John Lewis. The portfolio he helped manage included labor, veterans, criminal justice, and the environment. Robert penned numerous bills for Congressman Lewis, one of which, H.R. 4166 - The Law Enforcement Inclusion Act, was recently passed in the George Floyd Justice in Policing Act of 2020.


Robert currently lives in Durham, NC, where he founded the Justice Through Police Reform PAC. He continues to fight for the safety and well-being of all people while motivating others to take an active role in changing our country for the better and making it a just and equitable place for generations to come.